With over three decades of industry experience, Ambe Group prides itself on its continuing expansion, excellent customer relations and efficient working structure. Our distribution network ensures our products reach every corner of Nepal. 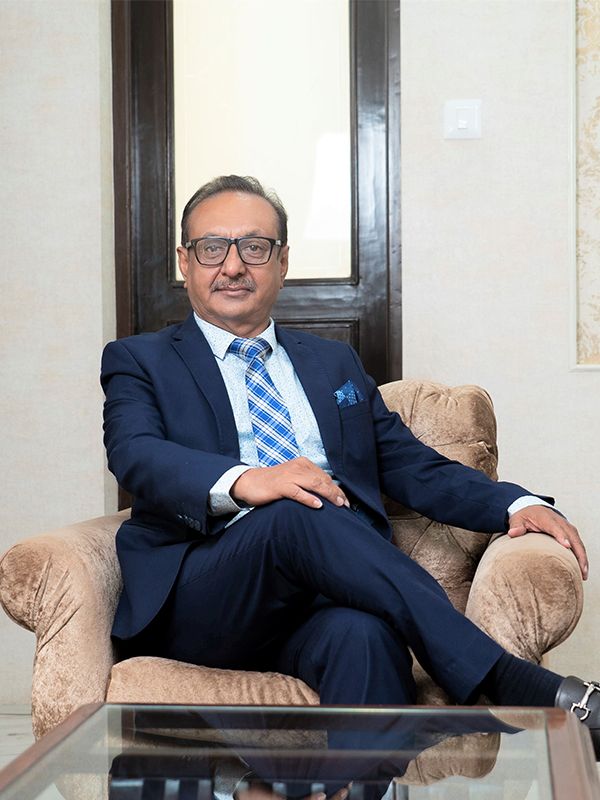 Emerson said, ‘An institution is the lengthened shadow of one man.’ If this is the case, Ambe Group is synonymous with Hari Neupane

Shovakar Hari Neupane is the founder, chairman and managing director of Ambe Group. He is the backbone and the heart of the company and is a shining example of what inspiration and determination can bring.

Hari Neupane was born in September 1958. At that time, his father, Lilaram Neupane had established a milk processing business in Burma in an attempt to find better business opportunities. However, when Burma came under military rule, the government began implementing socialist economic policies prompting Lilaram Neupane to abandon his business and return to Nepal.

Lilaram Neupane settled his growing family near Lumbini (the birth place of Buddha) in the border town of Bhairahawa and opened a wholesale garment store there. Hari Neupane was the oldest of six and as a child, he spent a lot of time working with his father in his store, learning about industry and trade from an early age.

As he grew, Hari Neupane knew he wanted to work in business, but he also knew he didn’t want to take on his father’s business and run the store – he had bigger ideas. He went to Kathmandu to do a Bachelor of Business Administration at Tribhuvan University. It was at that time, he borrowed NRs. 5 lakh ($5000) from his father and established Ambe Group, a trading group based in Kathmandu. It was 1982.

Over the next 20 years, the Ambe Group became one of the largest trading firms in Nepal, importing electronics, garments and computer parts from Hong Kong, Singapore, Bangkok, China and Dubai. The company forged strong international liaisons all over Asia and the Gulf.

By 2004, Hari Neupane was ready to take Ambe Group to the next level and over the next decade began to diversify his interests with multiple business verticals. By 2015, Ambe Group had interests in multiple sectors from industrial and food manufacturing to banking and property, as well as strengthening its international trading. By 2020 the group had an annual turnover of NRs 3000 crore ($300 million USD) and over 4000 employees.

In addition to his business interests, Hari Neupane is the founder and chairman of Lilaram Kuntidevi Pratisthan, a non-profit established in 2010. The organisation supports numerous projects from schools, hospitals, temples and ashrams as well as awarding scholarships to individuals in a variety of categories.

Hari Neupane’s wife is Laxmi Kharel Neupane. They were married in 1987 and have two children.

Honarary Consul of Lithuania for Nepal

Mr. Shovakar Neupane was appointed the Honorary Consul of the Republic of Lithuania for Nepal on April 3rd 2017. The reception conferring honours was held on May 16 at Soaltee Hotel. The event was graced by Foreign Minister Ram Sharan Mahat alongside dignitaries and ambassadors of various countries. Lithuanian Ambassador to New Delhi Laimonas Talat Kelpsa and his team from Delhi were present at the event. The office of the consulate will be in the 6th floor of Ambe Complex in Teku.